We are excited to announce that the Star Wars: Hunters™ soft launch is expanding. The game is now available on supported iOS and Android devices in Australia, New Zealand and Taiwan. In addition, support for Traditional Chinese, Italian, German and French languages has been added. 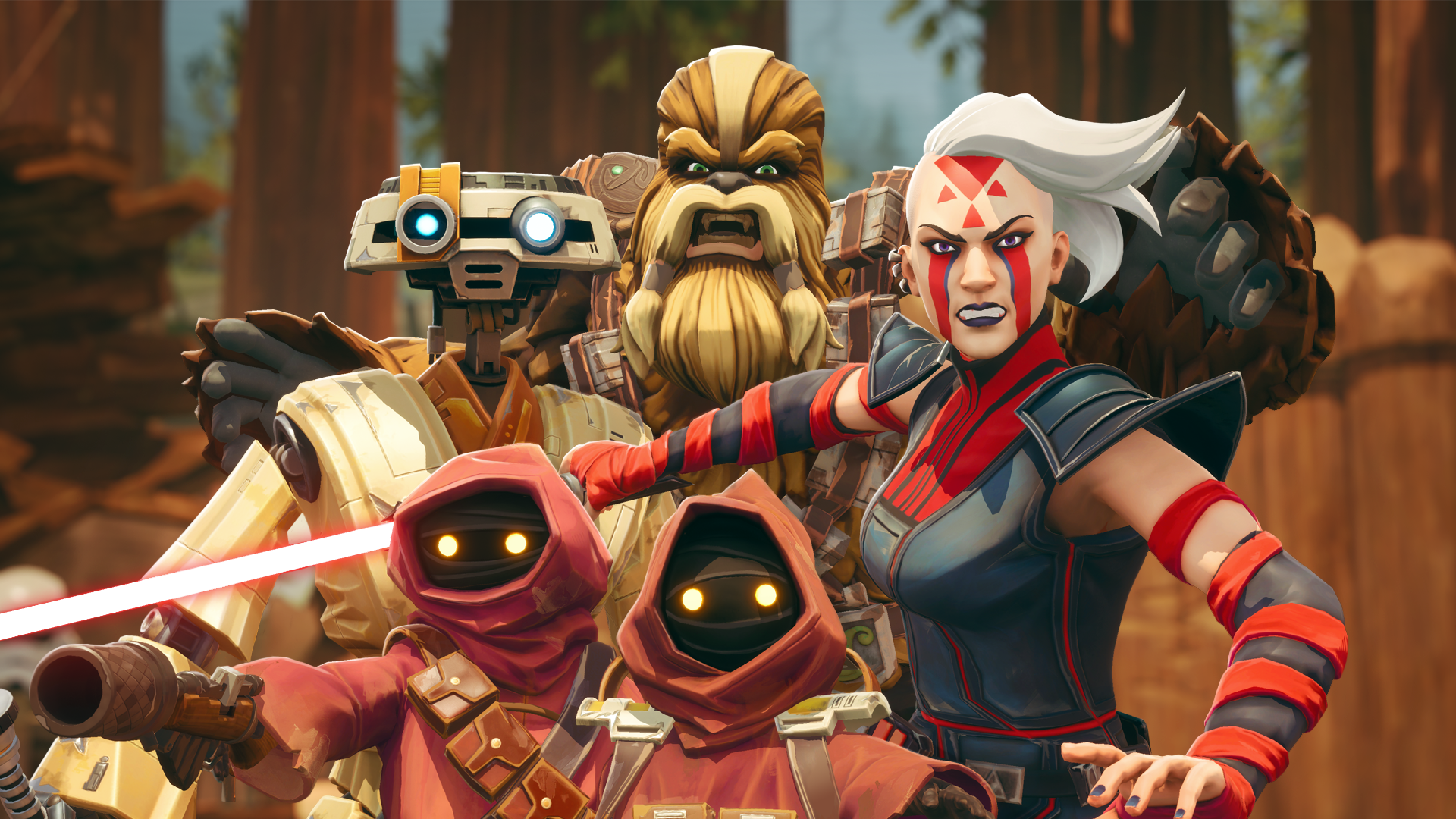 In an exciting update to gameplay, players can now jump and clamber in the Arena:

· Players now have access to a Jump button that can be used in any part of gameplay. Players can press this button to have their Hunter jump at any time, not just when next to an obstacle.

· Jump will allow players to cleanly bypass very small obstacles and terrain without having to walk around them.

· A reworked clamber mechanic is triggered automatically on contact with low walls, to reach not only all locations that the previous climb mechanic reached, but also traverse innumerable similarly scaled but not-marked up obstacles across our maps, such as the sides of staircases.

This new addition to the game means we have adapted the abilities for some of our Hunters.

Due to the addition of jump, Zaina’s Augmented Leap has been replaced with a new passive, Combat Medic. This results in her Bacta Bomb and its modules having an increase to its healing amount when used on an ally with Critical Health (below 40%).

We are excited to reveal our Battle Pass for Star Wars: Hunters, launching on May 16th.

Players will be able to earn Battle Pass XP while playing, and unlock exciting in-game items! Battle Pass XP will be earned through playing matches and completing daily and weekly challenges.

To commemorate the new feature, all levels in our first Arena Pass are able to be unlocked for free.

Later editions will include both a free and a paid track. Our premium ‘All Access Pass’, will be able to be purchased with Crystals, opening an additional XP track with unlockables, including Weapon Wraps and Legendary Costumes.

Players will now have access to a new, limited time game mode: Matchup Mayhem. This mode is only available as a timed event, which will be active at specific times during the week!

In this mode, players will be placed in the Arena with a Hunter randomly selected from the full roster, including Hunters that the player hasn’t yet recruited. Thanks to Matchup Mayhem’s randomized offerings, players will get to try out all kinds of new Hunters content, whether they own it or not. Each of the Hunters’ Costumes, Weapons Wraps, and Victory Poses will also be randomized.

Additionally, each limited-timed event exposes players to a different team composition, so a team could be full of Damage Hunters one week and a Support heavy composition the next. This keeps each instance of Matchup Mayhem feeling fresh!

It’s time to make a statement in the Arena!

We have made a series of updates to the gameplay mechanics and functionality to improve the player experience.

New Login Flows - This allows players to utilize their existing and familiar accounts as a login for Star Wars: Hunters, thereby securing their progress and allowing them to play across multiple devices. Supported logins include:
· Email Account
· Guest Play

Aim Modes - New options for Aim Modes have been added in the Settings menu. This allows players to change between a toggle, hold or double tap to active Aim Down Sight (ADS) or Target Locking (Z-Targeting).

Hit Feedback - Improvements have been made here with visual and sound effect differentiation between landing head and body shots.

Message of the Day System - A new messaging system will be enabled and is designed to deliver concise and relevant messages to players.

Name Changing - Players will now be allowed to change their names once every 7 days.

Preview and Cancel Abilities - Holding down an ability button to bring up the ability preview now also pops a cancel button so players can choose whether or not to use an ability before releasing the button to activate it.

Pickups - Health and Ultimate Pickups now have timers so players can see how long before they’ll respawn.

As part of this update we have also fixed multiple bugs and made several performance updates to the game:

· Fixed an issue where players were not notified when they completed a Challenge.

· All "Obtain from Shop" Avatars should now be available for purchase.

· Party Invites can now properly be re-sent after an invite request times out.

· The Survivor badge can no longer be earned from taking damage from traps.

· Earned Badges have been enlarged on the Match Stats screen to make them more readable.

· Players should no longer be able to see expired Events they didn't participate in.

· As intended, Hunter abilities can no longer be used in the air after being pushed onto a jump pad by Utooni's Imploder ability.

· The damage indicator when hit by Rieve's Saber Throw now points to the correct direction.

· The package size of the download is now listing the correct size if the game was restarted or reconnected during downloading.

· A number of smaller audio, visual, UI, camera, and description issues that could be found throughout the game.

A big thank you to all the players who have submitted feedback, we appreciate hearing about your experiences with the game.

The 0.13.0 Update is now available to download in our Soft Launch markets, with Battle Pass and brand new events set to roll out over the coming days.

Sign-up to get the latest game updates delivered to your email inbox.